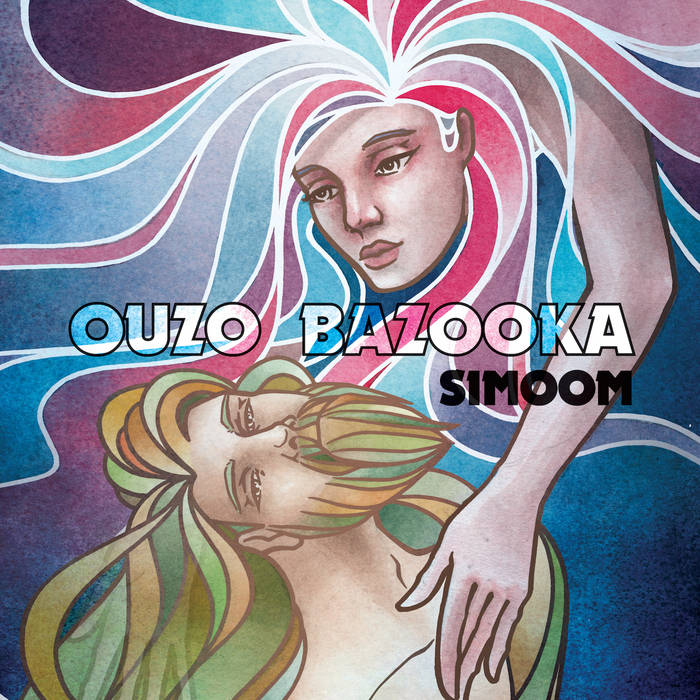 Sunchylde I particularly love the first half of the album very much. Favorite track: Mermaid Man.

Simoom - a strong, dry, dust-laden local wind that blows in the Sahara, Israel, Jordan, Syria, and the deserts of Arabian Peninsula.

Simoom defines the feeling of the music which carries the listener like a desert wind.

The 10 songs featured on this album were recorded during the Summer of 2015 at Uri's studio, which is located in one of most Tel Aviv's colourful neighbourhood, populated by people from Eastern Europe, India, Africa and Eastern Asia. Exotic food and fresh coffee are definitely significant ingredients of this album. SIMOOM was recorded as a band album after a few months of rehearsals. One can probably hear the difference in attitude, sound and colour. Most of the songs were written over an extended period of time. in which the band has been performing, exploring and shaping their unique sound and touch.

Ouzo Bazooka, formed in Tel Aviv, released their debut album in 2014. Since then they have released two other albums, toured extensively around Israel and Europe, and have gained considerable critique and following. Ouzo Bazooka's music combines an exotic Middle-Eastern feel with psychedelic surf rock. The band will release their 4th LP in early 2019, and will tour all over Europe. ... more

Bandcamp Daily  your guide to the world of Bandcamp